Not to be outsmarted by other Olympic Games the staff and children at Good Shepherd School for Special Needs Children at Fort Portal have just had their own event, funded by the efforts of Trustee Matthew Houghton and his Engage for Africa work and his HQ Coaching enterprise in Merseyside. 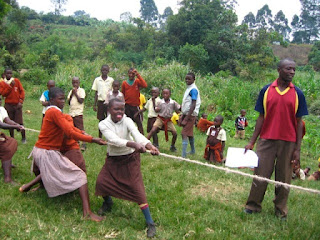 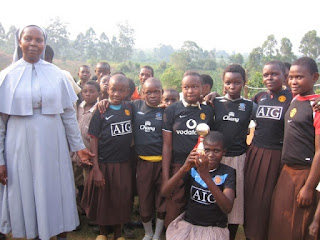 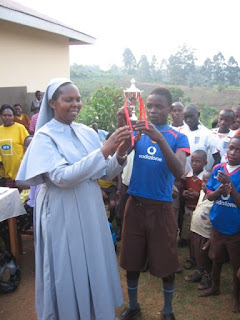 And this is what the Games Teacher said about the event 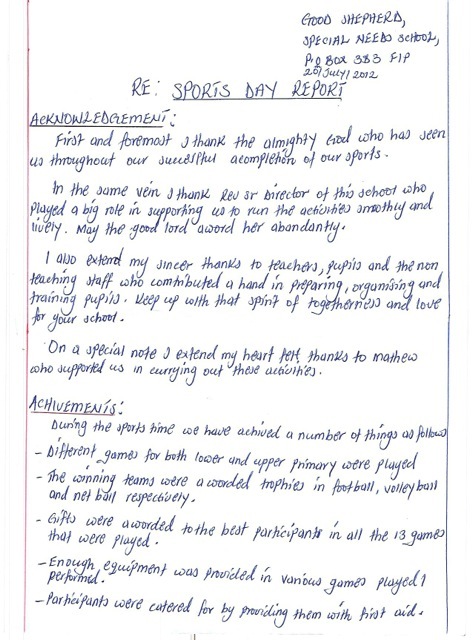 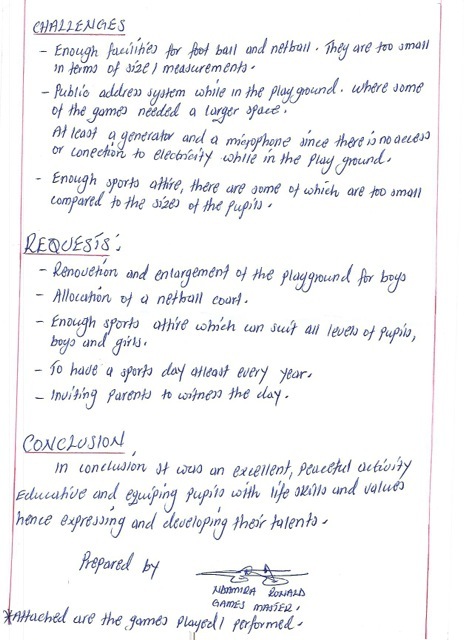 This is really great from children who would have been written off by so many people only a few year ago.

Benefactors should be really proud of what Sr. Theresa has achieved

After a visit to Rwanda last year we decided to look for ways to help with the building of a new school at Rukira to replace the dreadful farm building that the children are taught in. But we did not want to change or use  the support our donors give to the Uganda projects.

As a result we formed a subsidiary called Helping Rwanda Schools and started to look for new sources on income which much get this new project off the ground.

An initial £1500 was found and this paid for a design study, the preparation of drawings and plans and getting planning permission to build on a 2 acre site which the Sisters had been able to acquire by their savings over many years. 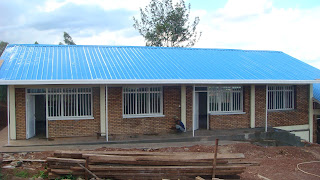 This week thanks to a very generous supporter we received a large donation which should help to start the next phase of the school.

The school is for primary school children and will take all tribal groups, children of all faiths and will also reach out to children with disability.

We will probably need to raise a further £60,000 over the next two years to finish the project but it really is worthwhile in an area where there are simply not sufficient schools for all the children.

Ever since HUGS started in 1995 we have banked with Barclays. It was convenient. They have branches in Uganda and we did not really give much thought to other banks. They were all much the same.

But recent events must have really angered so many of our supporters and that goes for our Trustees too. 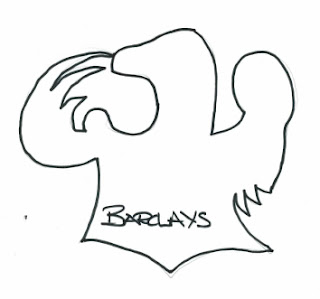 After much thinking we have decided to change from Barclays and looked at banks which have some acknowledged ethical values. There are just a few. We have chosen to change to Cooperative Banking and application forms are now being filled in.

Don't do anything at present. We will contact you all in the near future and for a period we will run both accounts alongside each other.

We would welcome readers views on this. Please use the comments box below to tell us what you think
Posted by PWM at 07:49 2 comments: