Why are we helping in Rwanda?

I got an invitation to visit Rukira in the Eastern province of Rwanda about 2 years ago and with memories of the 1994 genocide in my memory I made the visit with some trepidation.
Rwanda is a beautiful country and if we could help to bring really top quality education to children of all tribal backgrounds then maybe we could do something to help with the reconciliation needed.

This week the Observer Magazine published the first part of an article about Rwanda and the actions taken to try to heal the divide.

Here is a part of the article 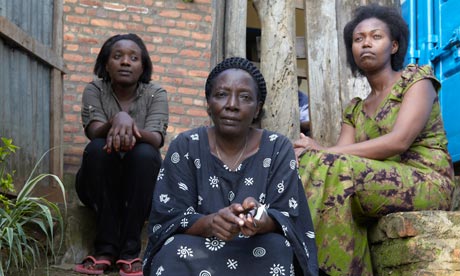 Paying the price: survivor Madalena Mukariemeria with her daughter Lucie (left) and adopted daughter Asunta, whose parents were murdered in the genocide. Photograph: Andy Hall for the Observer
Lucie Niyigena's seven-year-old mind was a jumble of panic and confusion as she stepped over the brutalised, bleeding corpse of her grandfather and fled through the back door of her town's Catholic church. But, as Lucie remembers the terror nearly two decades later, she was driven by a single overwhelming urge – not to be separated from her mother in death.
"All I could think of was to be with my mother whatever happened," she says. "Even today, even though I want to get out of this place where so many terrible things happened, where there are still people who want them to happen again, where we can see the killers walking on the streets every day, I can never leave my mother." 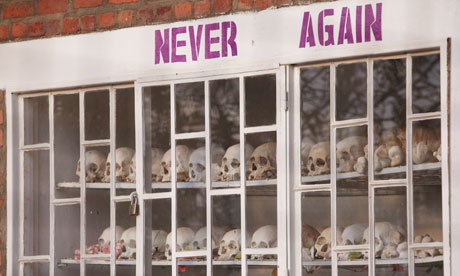 read the whole story on The Observer.
Posted by PWM at 15:07 No comments:

Is it worth it?

Readers will remember that our Good Shepherd School is for children with learning disabilities. Families with children with disability also have perhaps 5 other children. Is it worth spending any money sending such children to school? They would find themselves in classes of up to 120 and would get little of no personal attention. They are often bullied too.

Good Shepherd has very small class sizes and this year we decided to fund three of the best performing children so that they could go to secondary school. We have just received the end of term report cards and one is shown here. 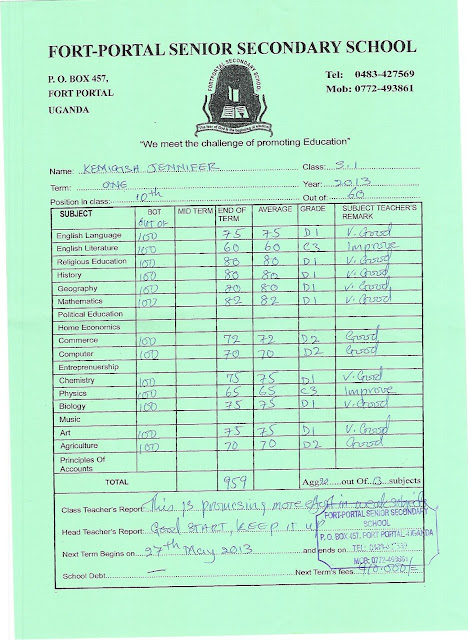 Coming 10th out of 60 is a really excellent achievement and makes all the work seem so worthwhile.
Posted by PWM at 09:32 No comments: