A New School in Rwanda

One of the main reasons for our visit to Uganda and Rwanda in July was to see the progress being made on HUGS' latest school which is called St Therese's at Rukira about 2 hours from Kigali the capital of Rwanda.
We became involved in February 2011 and formed a division within HUGS to fund raise for the building of a Primary School to replace a group of really deadfull rooms (more like animal houses) by a new school for the 300 or so children.
You all helped and the Sisters who run the school were able to get support from charities in Holland and Spain. 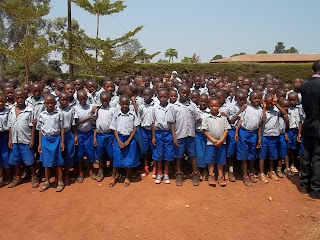 The Official Opening Ceremony was great fun with lots of music ad dance and naturally quite a lot of speeches. Since most of the children and quite a few adults speak no English they must have found this bit rather boring but they did not let it show.

The school has 9 classes plus a very smart toilet block and wash areas. 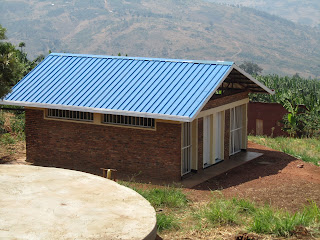 The site has been landscaped very well and after the next rainy season there should be some good gardens to make the site even more attractive.
In the future there is a need for three more rooms and then possible boarding accommodation and a secondary section but we have not committed to these things at present because there are more pressing needs at St Zoes schools

One of the inevitable consequences of visits to Africa is that they a bit contagious. Tell a few friends and they end up visiting too and that is what happened with some great Obstetricians and Gynaecologists from St. Mary's Hospital in Manchester.
They visited the Virika Womens Hospital in Fort Portal as part of a training and twinning visit and in a week 60 major surgical operations were carried out bringing back a life with dignity to women damaged during childbirth.
It's like starting my life again, said one of the young mothers on her way home a week after their operation. 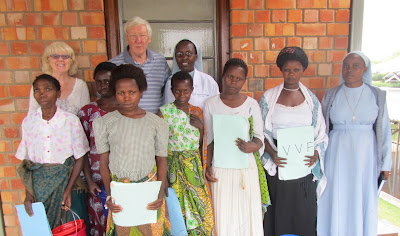