Michelle said so too..

This week the girls in a school in London had a great surprise. They were visited by Michelle Obama, wife of United States President Barack Obama, and what a great day it was.

She reminded us that educating girls is of the utmost importance. She said that 62 million girls around the world are being denied education. How can mothers educate and develop their children if they have not had an education themselves?

This is what the English newspapers reported.

The First Lady compared her upbringing with theirs. As a black teenager on the south side of Chicago she remembered people telling her not to set her sights too high. She broke down the barriers to success.

She urged the schoolgirls in east London to do the same and to fulfil their dreams.
The "ambitious, confident and principled" students at the Mulberry School were inspired.
The question is whether Mrs Obama's message will be heard in those parts of the world where girls don't go to school at all. 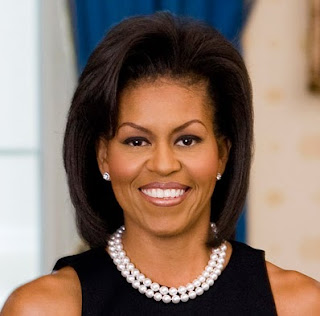 In her address, Mrs Obama spoke of her own upbringing, saying in her youth there were few black women in positions of power.
But she said her parents realised education was the "ultimate key" to success and she could be successful if she worked hard at school.
She said: "Through it all my parents fully expected us to do both: to achieve our dreams and be there for our family.
"And they also knew that a good education was the ultimate key to our success.
"My parents told me every day I could do anything. I could grow up to be a doctor, a lawyer a scientist, whatever, but only if I worked as hard as I could to succeed in school."

A very successful Annual Golf Event raised over £7000 and has given us the funds to complete the dormitory for the Asili Girls School at Lira. Later this year we hope to be able to complete the second class room so that when term starts next February there will be two class rooms and about 60 girls attending.
Posted by PWM at 10:31 No comments: 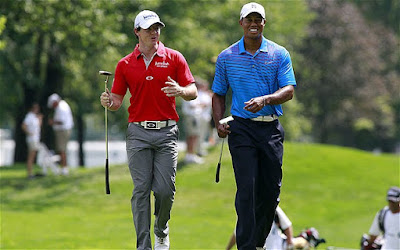 Rory McIlroy and Tiger Woods won't be able to join us for the HUGS Golf Event on June 3rd this week. Sorry. But we do have 72 other Masters hopefuls who will be joining us for our big annual fundraiser organised by Trustee Charlotte Brinsley.

All the proceeds will go to fund the next stage of the Asili Girls Secondary School in Lira, Northern Uganda which we started in June last year and now has 27 girls now attending in the one classroom we have completed. Girls so often are denied secondary education in much of Africa and they hold the key to the next generation.

HUGS ensures that all proceeds go to the schools and not for administration or travel.

Many of you have helped. But there is still time to either make a donation through our Virgin Money Giving site (it takes all currencies) and is at;

Or maybe make an ONLINE SILENT BID for on of the 3 amazing prizes.

Free loan of a top of the range LEXUS car for a weekend with fuel and insurance.

To bid send your best offer for one or more of these prizes to hugstrustees@btinternet.com before 1800 on June 3rd.

It will be entered together with bids made at the dinner which follows the match.