We have told you a little about a disabled young man called Hillary Dan who we planned to support following the death of his mother who had breast cancer.

Hillary went home from University at be at the funeral of his mother and caught malaria. But to make matters worse it became cerebral malaria.

After several weeks in hospital Hillary died this morning. 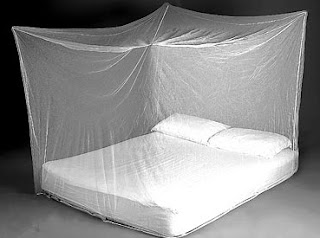 It is another reminder of the vital role that mosquito nets can play in preventing this terrible illness which still kills about 480,000 people every year.

Over the years HUGS has provided mosquito nets to our Uganda schools but they don't last for ever!

We can buy them in Uganda for about £3 each. It is not a lot to save a life. If any supporters would like to help it would be welcome.
Posted by PWM at 16:55 No comments: