A Special thank you to UK Member of Parliament Mr Jeremy Lefroy for donating £1800 to buy Mosquito Nets for children and families in Uganda.

This sort of generosity makes a huge difference and saves lives. 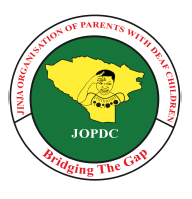 I have published the full text of the report prepared by our partner Sebastian which tells us just how he spent the money.

Summary
£1.800 was given by the UK Parliamentary Select Committee to purchase 400 Mosquito nets for children in
Jinja, Uganda. However, this amount of money actually bought 478 treated Mosquito nets. The nets were
bought in Kampala. (All money given was spent on the nets). The nets were shared-
378 Mosquito nets went to Jinja via JOPDC - Sebastian Waiswa.
50 Mosquito nets went to Lira, Uganda via Sr. Evangelista/Asili Girls School - (The school built by Helping
Uganda Schools/HUGS).
50 Mosquito Nets went to children in Kampala via Ronald Kamoga - (Community Empowerment For
Village Development).
(This report will concentrate on the 378 nets given out in Jinja).
Introduction
Uganda has recorded an increase in Malaria cases to 1.4 million Ugandans suffering from it since June
2019.
Malaria is Uganda’s leading cause of death among inpatients aged below five years. The prevalence is
attributed to the intermittent rains, decline in the use of Insecticide Impregnated Bed Nets, indoor residual
spraying of insecticides, use of Arteminim based combination therapy to treat uncomplicated malaria and
provision of intermittent preventative therapy for expectant mothers.
In an effort to help prevent malaria cases among our children with disabilities, their parents and other most
vulnerable children like the orphans, JOPDC received a grant of £1,800 from All Party Parliamentary Group
on Malaria and other Neglected Tropical Diseases (APPG) committee, UK to procure and distribute Long
Lasting Treated Insecticide Bed Nets, free of charge. This committee is chaired by Hon. MP Jeremy Lefroy.
It should be noted that most of the children with disabilities, especially those with hearing impairment,
acquired their disability due to the side effects of malaria treatment. This is why JOPDC started, because
we as parents who had children with hearing loss, needed to work together to help them. My role is to go
into the villages and find children with disability and find school placements for them.
In this detailed report we wish to share with all our stakeholders especially the UK parliament through the
APPG Committee on how the exercise of distributing the bed nets was conducted.
We wish you all of a lovely time as you read it.

THE PROCUREMENT PROCESS
Money was deposited in our bank via HUGS
In an effort to ensure efficiency and value for our grant, we decided to avoid the middlemen in the supply
chain of the mosquito nets.
We chose to directly contact the local manufacturer called Sino Africa Medical Devices Company Limited
(SMD) in Kampala, Uganda. The Company manufactures Yorkool Polyester Long Lasting Insecticidal
Mosquito Nets (LLINs).
With this approach, we were able to buy these nets at factory prices and this allowed us get more nets
than what we had thought to get. We therefore got 478 mosquito nets out of the £1,800 instead of 400 nets.
THE DISTRIBUTION PROCESS
When we brought the nets to our offices, we planned to transport and distribute these nets at the grass root
levels (village level) so that we are able to reach out to every beneficiary. The beneficiaries were not limited
to children with disabilities, but also their parents and other vulnerable persons in the remote communities
like the orphans, widows, single mothers and the elderly in the five sub counties of Jinja district. We
identified five distribution points, one in each sub county. This was done to avoid incidences of some
people failing to come due to lack of transport fares. We therefore had five distribution points in five sub
counties of Jinja District. These included; Kibundhaire in Butagaya, Kyamaggwa in Mafubira, Namaganga
in Busedde, Namizzi in Budondo and Pulota in Kakira.
Sebastian, the Director of OPDC setting off to the one of the distribution point . This motorcycle was
donated by Helping Uganda Schools (HUGS) UK 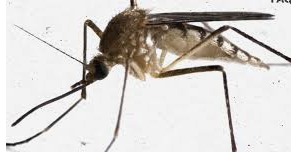 The beneficiaries received their nets after filling a detailed distribution and tracking form developed by
JOPDC attached in this report.
To transport the 50 nets to Lira. We organized transport. Nets were loaded onto a truck, driven and met in
Lira by Sr. Evangelista. They will be given to the girls who attend the Asili Girls School built by HUGS. The
50 nets were collected by Ronald to take back to Kampala and will be given to vulnerable children.

From our distribution exercise, in Jinja re 378 nets we were able to note the following facts about
the beneficiaries
We asked all those receiving the nets to make a pledge they would use them every night.
1. 75% last slept under a mosquito net two years ago. 25% had nets but these now needed
replacing.
2. The source of these nets was from government and NGOs operating in their communities.
3. They also revealed the government was only giving a few nets depending on the number of family
members they had. There were insufficient nets to protect all family members.
4. Some NGOs were asking for reimbursement from the beneficiaries to help in covering the transport
costs of the bed nets. Many families could not afford to pay.
5. 53% of the 75% those who did not have mosquito nets had suffered from Malaria in the last three
months. They sought treatment from government health facilities. However, about 55% never
received any treatment as the drugs were out of stock in these facilities. Some claimed that they
resorted to use herbal medicine to treat themselves while others went to private pharmacy stores
to buy the drugs. What is shocking and worrying is that most of these never bought a full doze
because of being expensive. These have had on and off malaria attacks hence resulting into
resistant malaria.
6. Four families in Butagaya sub-county reported having lost one of their family members due to
malaria attacks. Three of the deceased were children below five years old (in the previous five
months).

LESSONS LEARNT AND CONCLUSION
The mosquito nets we have distributed will contribute to the reduction of malaria outbreak among the
beneficiary households. We will try to follow up in one year’s time to evaluate the impact.
The total (478) nets enabled some children and adults to have protection from Malaria but there are many
more children and adults who will go to bed without any life saving net over them. This makes them
vulnerable to malaria attacks. (The 50 net to Lira and 50 to Kampala have gone to vulnerable children/
adults).
Despite the fact that our government, through the underlying Ministry of Health and support from various
donors have distributed nets over the years, many children especially those with a disability have never
received such nets. This can be attributed to the fact that many times, the nets are insufficient to cover
every member of their family and so the parents/guardians have to prioritize who gets protection. Children
with disabilities are not always given the same value and are always the last to be thought of.

It is more effective and efficient in terms of value for money to avoid the middle men or retailers when
procuring the bed nets. Because when you directly procure from the manufacturer, you get them at low
rates and hence securing more. As JOPDC were happy to carry out this role at no cost because we see the
benefit to our community and as part of our role.
It is also an established fact that if donors directly channel the funds to those organisations that are
operating at the local level, there is a likelihood that funds will be saved as a lot of administrative and
bureaucratic tendencies commonly practiced by large NGOs and government institutions/departments will
be avoided.
It is our considered view that had it not been Ms. Denise Ead and Ms. Primrose Magala who on our behalf
had sleepless nights preparing a presentation on malaria to the APPM Committee, JOPDC will not have got
the grant. We are indeed indebted to you all.
We finally really want to convey our sincere gratitude to APPM Committee for the generosity it extended to
us through this life changing grant. The has significantly caused some joy to the beneficiaries especially
the little children with disabilities.
It is our kind request and prayer that APPM will continue to work with JOPDC in future to see that we
continue with this noble cause of eliminating malaria in Uganda.
Our wish is to save lives.
Written and submitted by,
Sebastian Waiswa,
Executive Director

Additional Information
50 Mosquito nets to Lira to be given to the girls attending the Asili Girls School in Lira.
Contact : Sister Evangelista via Helping Uganda Schools
50 Mosquito nets to Kampala via CEFOVID (Community Empowerment for Village Development Uganda).
email info@cefovid.org (Contact made via Primrose Magala). Their ‘aim is to contribute towards increased access to
comprehensive care and support for Orphans, Vulnerable families, and Children through the very basic self
sustaining solutions’. Ronald Kamoga will be distributing the nets “To families in Kosovo slum that have been
affected by malaria”.
Please see HUGS new website - www.helpingugandaschools.org for details about the charity.