All over the world the message is the same. Give me a skill or a trade and I can make a living. No skill and I have nothing to sell. I am abandoned!
We took a hard look at what are the really important skills which will give our boys and girls the confidence to make their way in the world.


For Uganda and for much of Africa the answer was very easy to find.


The population is rising fast. So people need houses  (building skills) they need food (modern high efficiency tropical agricultural skills and animal husbandry), they need clothes (garment making), they need heat and light (we have focused on Biogas) and they need health education.


These are the core skills which we aim to give our children and we know that they will make a really big impact.
Posted by PWM at 20:17 No comments: 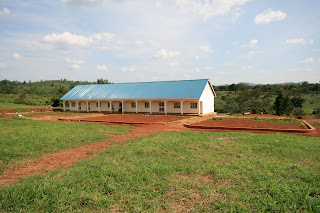 This is our first building for the secondary school and it opened in September 2009.

We are planning to build two more more like this and also at least two special buildings for vocational skills teaching
Posted by Peter W Mount at 01:26 0 comments 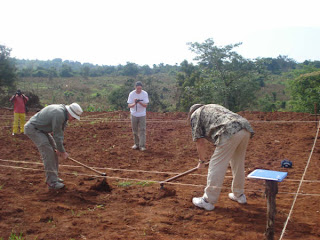 Back in 2008 our Uganda Director, Andrew, carried out a survey of the children who has finished primary school in the 50 or so schools in the sub county.

He found that of the 700 or so who were qualified to go on to secondary schooling there was only one school in the area and it had 100 children in the first and subsequent classes. So there really was no opportunity for 600 plus children to get any form of secondary education.
We met with all the villagers and parents to discuss this and there was an overwhelming vote to make this the next big thing for St Zoe's. So in June 2008 we decided to support this.
Four days later we were informed that the villagers had already started to clear the site for s three class room building to start the secondary school.
The building work started in February 2009 and finished in August.
There are now 76 children attending and this year we start the next building.
Posted by Peter W Mount at 01:17 0 comments 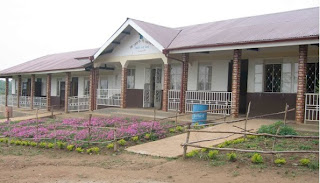 Malaria kills many thousands of children in Africa every month and our children at Good Shepherd and at St Zoes have not escaped. In fact some have died.

So our supporters made a big effort this year and we managed to provide impregnated nets for all the 300 plus children who either attend our special needs school or who are staying as boarders at St Zoe's.
Sr. Theresa went out to many of the parents homes to teach them about mosquitos and how to minimise the risk as well as how to use the nets.
Posted by PWM at 20:15 No comments: