BBC Radio has featured the question "why have Kenyan runners become world champion runners and won so many Medals in the top events?"

High altitude has helped of course but the real reason probably goes back to a school at Itoe called St Patrick's. A dedicated teacher decided to raise the aspirations of his pupils by giving great attention to sport.
This has now become legendary and even today European athletes often go there for training.

Fort Portal in Western Uganda is also pretty high and like children all over the world those at Good Shepherd love sport. 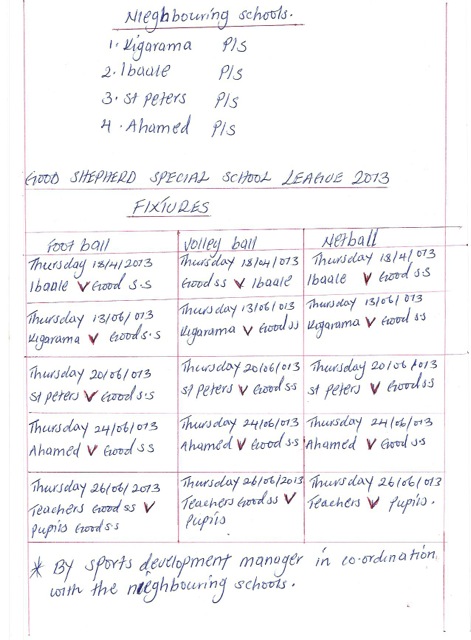 Trustee Matt Houghton who runs The HQ Coaching Centre in Merseyside has been encouraging the children to get more involved in Sport and he suggested that we call our lead teacher the "Sport Development Manager" Roland was really proud to have this role and has arranged a series of football and netball competitive matches for Good Shepherd and nearby schools.
Small beginings but well done Matt and Roland!
Posted by PWM at 06:40 No comments: