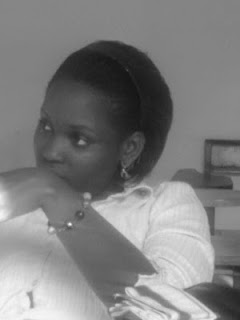 The local government has the power to make local laws (byelaws) and to enforce their implementation. This includes the making of local policy and regulating the delivery of services. Such services include education, sanitation and security. However these laws must be consistent with the constitution and any other laws that have been passed by parliament. So a bye-law proposed by the district or any other level of the local government cannot be passed if it fails this test. This legislative power is orderly. It must be forwarded to the minister and later certified incase of  inconsistencies. The minister with advice of the Attorney General is to return the ordinance within 90 days with his comments. A similar process is undertaken at the lower local governments. 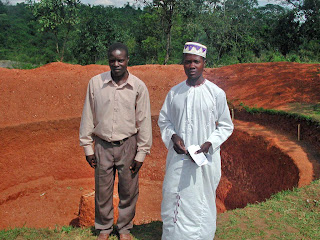 Written by Kahuura Doris Rusoke
Posted by PWM at 17:42 No comments:

Save a small forest?

We had an idea which might both help to save a small forest and also perhaps be a fund raiser for our Uganda Schools.
Why do we send postcards to our friends when we are on holiday but when it comes to Christmas we send a much more fancy card in an envelope? What a waste of paper and of trees!
Could we design a new sort of Christmas card which was like a postcard but designed so that it could stand on a shelf.
Our great supporters the media company Taylor O'Brien once again came up with a great set of designs and we hope lots of supports will buy them.


They flyer is below and can be seen in larger format on our web site at www.helpingugandaschools.org
Or please email if you would like to see a real sample. 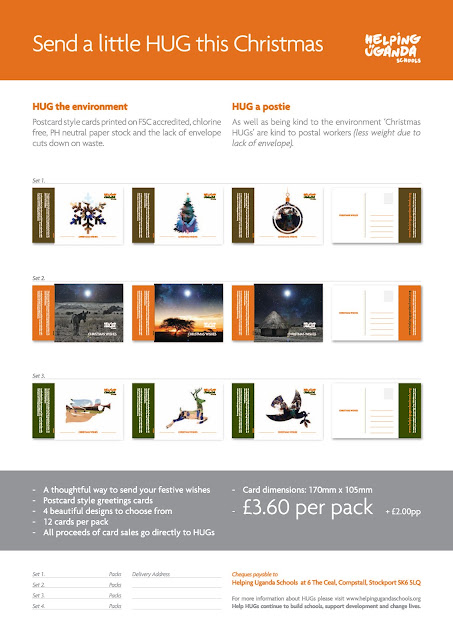 What happened in Lira?

A child goes missing, abducted, in the United States. The police are notified and they issue what in America is referred to as an Amber Alert. Radio stations begin broadcasting descriptions, while TV stations flash pictures of both the abductor and abducted across the screen. Billboards along major roads flash pertinent information regarding the abduction. The police move out in force with helicopters and planes and the Army National Guard may even be engaged. Everything is put into operation to bring a child home to its family. At the same time, they go after the abductor to put him behind bars, so she or he cannot harm any other child.

In another part of the world, on the other side of this globe, in the northern districts of Uganda, 30,000 children have been abducted in the past 20 some years. Alost every family in the Acholi and now Langi area has been affected. Many families have lost a child through abduction, or their village was attacked and destroyed, families burned out and/or killed, and harvests destroyed by an army of abducted children. The countryside is virtually empty and people have moved into safe villages. At night the children of the north flee into towns to sleep, fearing that they might be abducted. They find safety in numbers in towns such as Gulu where even the local bishops and ministers have joined them as they seek safety.

Lira, located 215 miles north of Kampala, was one of those sleepy towns in Africa where you could simply be. It hardly made the international news, and one of the few articles. Its claim to fame is that the former President Milton Obote had his home here, which you can still see, or what is left of it.

Thousands of children have been robbed of childhood and, in many cases, of life itself. Boys and girls are turned into ruthless killers who no longer feel, but are numbed within, and their souls have become seared by the atrocities they have seen and in which they have forced to participate.


- Posted using BlogPress from my iPad
Posted by PWM at 20:43 No comments:

Lira Babies and the LRA

Lira, a town of about 90,000 in the north of Uganda has become known throughout the world for the dreadful atrocities brought upon its children and families by Korny and his Lords Resistance Army and I will write more about this later.
Being close to the Sudan border it also became a home for many thousands of refugees from Darfur.
But it is also the home of a quite remarkable initiative called the Lira Babies Home.
It is an orphanage with a difference and is run by a Sister Demmy. In her words she says "the babies come to us after mothers die in pregnancy, they are unwanted and left on the garbage heap, their parents have HIV/Aids/ and maybe the parents or the mother is insane".

Right now they have 38 babies of whom 10 are HIV positive and most of these will die.

A local rich benefactor was supporting them but he had to stop because his resources ran out. 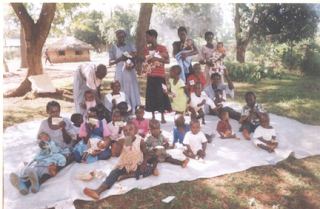 The thing that is special about the Lira Babies Home is that when the children reach about 3 years of age most of them are either returned to a relative or are adopted and as a result they not only get a better start in life but have the support of loving carers when they are tiny and then as they grow up.

The total annual cost of running the home is about £12,000 per year but right now they are really struggling for any money at all. We have some ideas about this and some of you might be interested in getting involved. Do let me know.
Posted by PWM at 08:37 No comments:

This posting is sent from the River Nile and I am overlooking one of it's branches in Cairo. We now know that one of the many tributaries which lead the Nile into the Mediterranean was probably where Moses escaped from the Pharoes when strong winds of around 65 miles per hour could have swept back the 6 foot deep waters for about 3 miles and allowed Moses to escape. The location is thought to be 65 miles north of Suez. 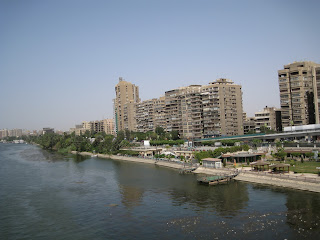 The Nile is over 6600 kilometres long and is the source of all the agriculture in most of Egypt. It powers the main hydro electric installation at Aswan providing much of Egypt's electricity. It does the same for Uganda at the hydro plant in Jinja which is still considered to be the source of the Nile. Recent thinking puts the source in Rwanda and actress Joanna Lumley went there for a BBC documentary. But surely any river entering Lake Victoria on it's southern banks could be called the source?
The Aswan Dams are really worth reading about and have successfully stopped the regular flooding of the Nile, created Lake Nasser which is now the largest source of fresh fish for Egypt but like many great projects it has brought some problems with silting up, water loss through evaporation and some new diseases to Egypt
Without the Nile we would not have had the Pyramids 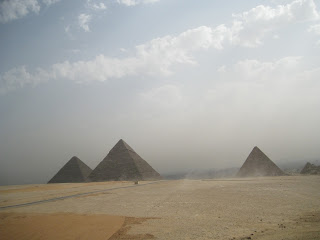 Or the great Sphinx at Giza. How did she lose her nose? There are two theories. Wind and rain over a period of 6000 years is one. The other is the a religious zealot broke the nose because he was angry that local farmers were worshipping the Sphinx as a god and praying for rain. A bit like the Taliban blowing up Buddhist statues because they objected to their religion 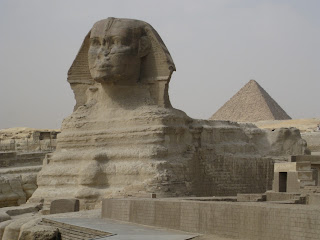